Following a really successful webinar event with The Planner earlier this year, a note on the ABC of BNG has been published with some responses from the RTPI. From the note came a number of points that I felt needed clarity and challenge, which is what I hope I have captured appropriately below.

I have been promoting a much better treatment of biodiversity in the planning and development control system for the past 14 years, culminating in biodiversity net gain (BNG) being made a mandatory requirement of planning in order to restore nature in the wider countryside, building resilience against environmental shocks; biodiversity loss is identified as an existential threat to us – so it is pretty important that we recover it at scale. How it is implemented, and over what timescale, is therefore of critical importance. 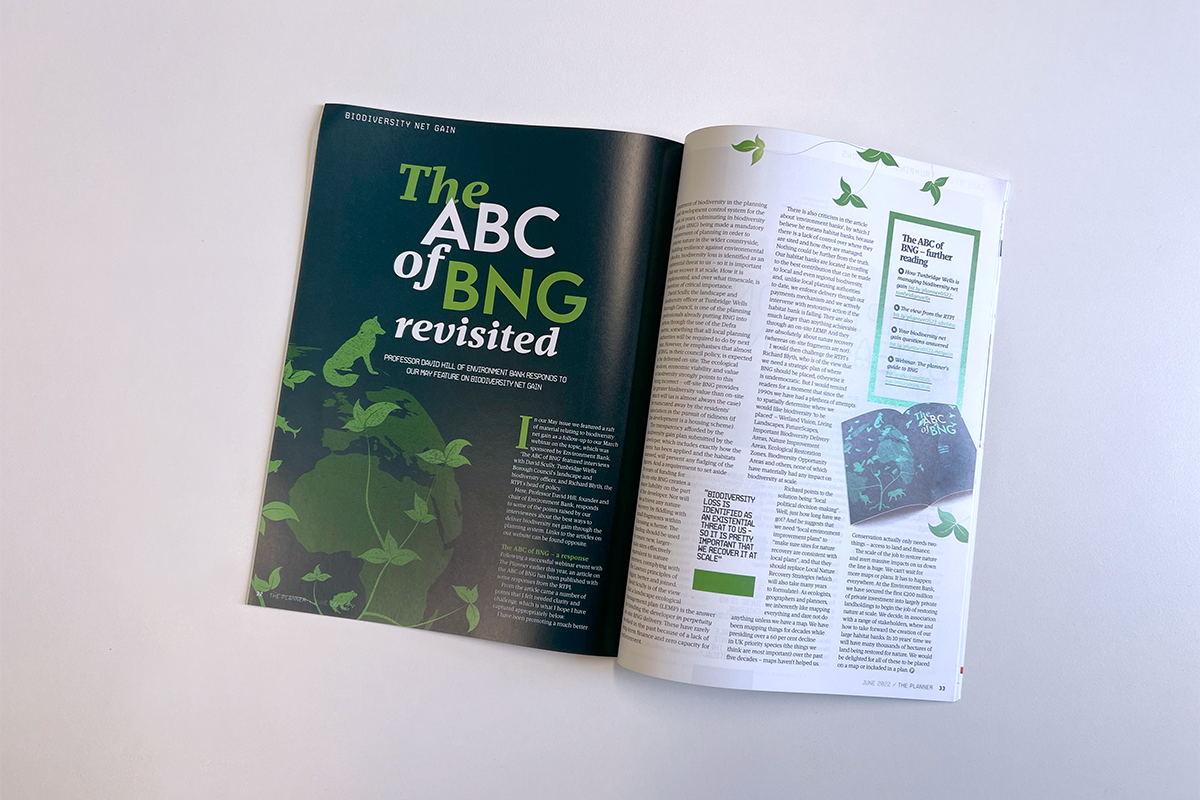 David Sculley, the landscape and biodiversity officer at Tunbridge Wells Borough Council, is one of the planning professionals already putting BNG into action through the use of the Defra metric, something that all LPAs will be required to do by next year. However, he emphasises that almost all BNG in their Council policy, is expected to be delivered on-site. The ecological wisdom, economic viability, and value to biodiversity, strongly points to this being incorrect – off-site BNG provides far greater biodiversity value than on-site which will (as is almost always the case) be manicured away by the residents’ association in the pursuit of tidiness (if the development is a housing scheme).

The transparency afforded by the biodiversity gain plan submitted by the developer, which includes exactly how the metric has been applied and the habitats assessed, will prevent any fudging of the figures. And a requirement to set aside 30 years of funding for the on-site BNG creates a major liability on the part of the developer. Nor will we achieve any nature recovery by fiddling with small fragments within a housing scheme. The funding should be used to create new, larger scale sites effectively equivalent to nature reserves, complying with the Lawton principles of bigger, better and joined. David Sculley is of the view that a landscape ecological management plan (LEMP) is the answer for binding the developer into in perpetuity on-site BNG delivery. These have rarely worked in the past because of a lack of long-term finance and zero capacity for enforcement.

There is also criticism in the note about ‘environment banks’, by which I believe he means habitat banks, because there is a lack of control over where they are sited and how they are managed. Nothing could be further from the truth. Our habitat banks are located according to the best contribution that can be made to local and even regional biodiversity, and, unlike LPAs to date, we enforce delivery through our payments mechanism and we actively intervene with restorative action if the habitat bank is failing. They are also much larger than anything achievable through an on-site LEMP. And, of course, they are absolutely about nature recovery (whereas on-site fragments are not). 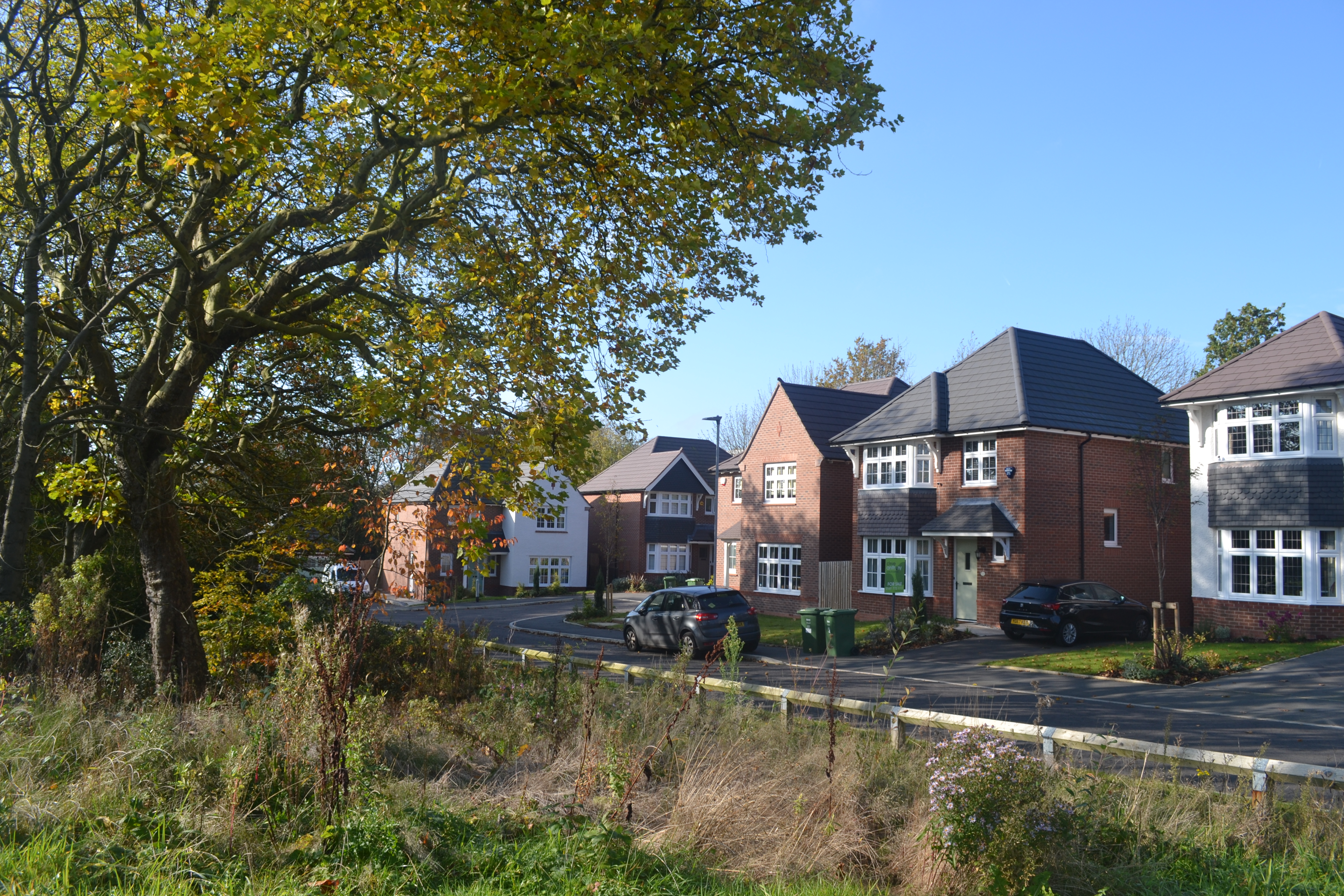 I would then challenge the RTPI’s Richard Blythe who is of the view that we need a strategic plan of where BNG should be placed otherwise it is undemocratic. But I would remind readers for a moment that since the 1990’s we have had a plethora of attempts to spatially determine where we would like biodiversity ‘to be placed’ – Wetland Vision, Living Landscapes, FutureScapes, Important Biodiversity Delivery Areas, Nature Improvement Areas, Ecological Restoration Zones, Biodiversity Opportunity Areas and others, none of which have materially had any impact on biodiversity at scale. Richard points to the solution being ‘local political decision making’. Well just how long have we got! And he suggests that we need ‘local environment improvement plans’ to ‘make sure sites for nature recovery are consistent with local plans’, and that they should replace Local Nature Recovery Strategies (which will also take many years to formulate). As ecologists, geographers and planners, we inherently like mapping everything and dare not do anything unless we have a map. We have been mapping things for decades whilst presiding over a 60% (yes 60%!!) decline in UK priority species (the things we think are most important) over the past five decades – maps haven’t helped us. Conservation actually only needs two things – access to land and access to finance.

The scale of the job to restore nature and evert massive impacts on us down the line is huge. We can’t wait for more maps or plans. It has to happen everywhere. At the Environment Bank we have secured the first £200m of private investment into largely private landholdings to begin the job of restoring nature at scale. We decide, in association with a range of stakeholders, where and how to take forward the creation of our large habitat banks. In ten years time we will have many thousands of hectares of land being restored for nature. We would be delighted for all of these to be placed on a map or included in a plan.